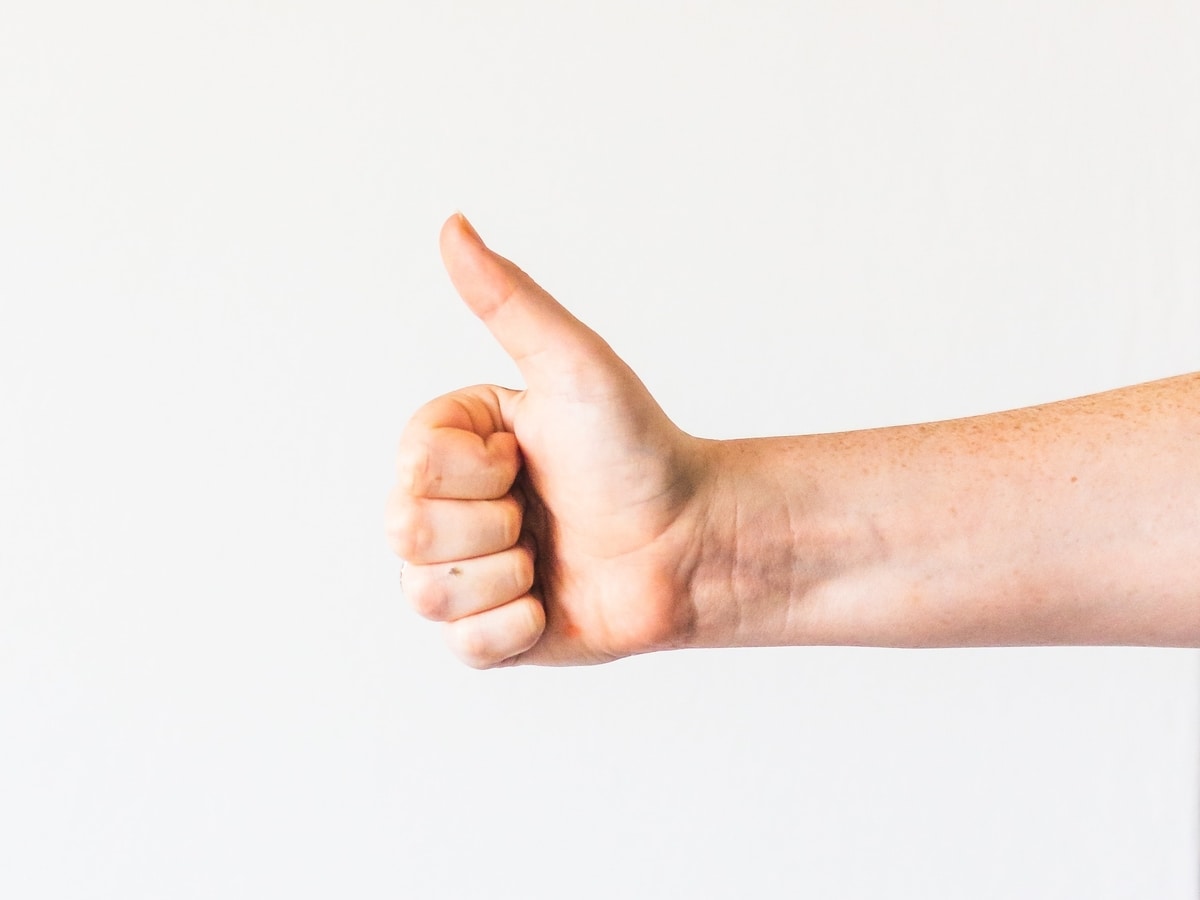 Good Enough has a bad rap.

You rarely hear anyone say, “Yeah, I love my boyfriend, he’s good enough.” Your colleagues don’t congratulate you when the boss says, “That presentation was good enough.” In fact, they probably offer their condolences.

Good Enough has become an insult. It’s a half-hearted acknowledgement that, well, you tried, but you weren’t good and you were barely enough. But maybe we’ve got it all wrong. Maybe Good Enough is a lot better than we think it is.

Everything we do is measured against standards: personal, professional and social. Often, standards set the threshold for viability. They determine what actually gets put out into the world and what gets held back. In other words, standards determine what is good and what is not.

My eight-month-old has started to walk. Which is amazing (and terrifying!) — most kids don’t take their first steps until they’re at least nine months, if not a year old. Many don’t walk until well after their first birthdays. However, if I was to start walking now, as a 30-something, it wouldn’t be quite as impressive. Our collective definition of “amazing,” or even just plain “good,” is entirely relative.

Okay, here’s another example, one that may sound familiar. One of my best friends works at a mid-sized company. Over a year ago, she was tasked with making the case for a new product that the company was interested in making. She got to work, conducting in-depth research and generating models to assemble proof that this was, in fact, a good idea. Weeks turned into months, and months turned into more months. It became apparent that all her research pointed in an obvious direction, but somehow, company leadership always found ways to debate the data. “We need more information to make this decision” was the story, but my friend began to realize that the decisionmakers were afraid to put their necks on the line in case the product failed. And so her effort resulted in limbo, and all that hard work went into selling the idea within the organization, instead of making and selling the best product possible. Did the company avoid a failure? I don’t think so. Preventing a Good Enough idea from proving itself in the real world is a form of failure, too.

The Fear of Good Enough Is Real

There are many reasons why this paralysis — let’s call it the Fear of Good Enough — happens:

The first step in eliminating this fear is establishing, and communicating, a clear definition of what Good Enough really means within your organization. “But wait,” I hear you saying. “We’re SuperCompany X! Our brand is perfection! We operate at scale! We accept nothing less than the very best, from our product to our marketing to our customer service to the temperature of the coffee in our break room! Any new idea has to meet this standard, or we will take it out back and set it on fire!”

And to you I say, newsflash: in this complex and ever-changing world, perfect knowledge of any idea’s success is impossible. Perfection is a terrible measure of Good Enough.

I don’t mean to sound unsympathetic, here: organizations develop high expectations because they are good at what they do, and those expectations increase the more they create, build and innovate. At the same time, scaling means failure carries greater risk, whether it’s a public relations snafu or loss of revenues. But what gets lost is the fact that growth isn’t possible without embracing Good Enough. Otherwise, momentum slows, the organization stagnates and employee morale takes a nosedive. When ideas have to hurdle over endless internal obstacles, they tend to die of attrition. Of course, some ideas are better than others, but when the process is so painful, nobody wins.

If It Isn’t Perfect, How Do We Define Good Enough?

Remember, standards are relative and contextual. Good Enough will vary by industry: a financial services firm that’s subject to extensive federal regulation will have different minimum requirements than a clothing start-up. For that matter, your definition of Good Enough may change based on the size and scope of a project, or the stakeholders involved. The key is answering, at the outset of a new project or development phase, one simple question:

What do we need to do in order to have something we can put in front of a small segment of customers?

That’s it. That’s the broadest definition of Good Enough. At its core, it’s about giving yourselves the freedom to gather real-world feedback from real work, so you can improve, iterate and do it all over again. It isn’t a wildly high standard to set, but it’s still massively difficult for many to do.

Here are some other questions that will help you define and accept Good Enough:

Making Good Enough work — and reaping its benefits — requires a level of cultural change, especially in organizations where the idea of putting imperfect products in front of customers is unheard of. And this change has to come from the top down: leaders and managers have the power to prove that Good Enough can be acceptable. This helps everyone get past their fears of failing, and unlocks creativity and a willingness to collaborate in new ways.

Good Enough can also shape your strategy, from overarching business strategy to project-level marketing. In fact, your strategy should be an embodiment of your definition of Good Enough. Think about it: in a perfect world, with perfect information, you wouldn’t even need a strategy. Your path would be obvious. You’d do the obvious thing. You’d win every time. Since we’re still here in this ever-imperfect world, your strategy needs to help articulate what Good Enough looks like and how you might get there. A few more questions that are worth asking:

Finally, remember that Good Enough is a moving target. You’ll need to define it, evaluate it, re-define it, step back, re-define it again, and on and on. Don’t engrave it on a plaque, unless you have a large budget for engraved plaques. Good Enough can be as simple as a conversation, an understanding, a built-in part of every kickoff meeting. All it takes is having the foresight to start the meeting by asking: “So, what’s Good Enough for this project?”