Our marketing wiki for brands reeling from Covid-19  ‣

How Marketers Can Celebrate Hanukkah—Spoiler Alert: It’s Not Too Late 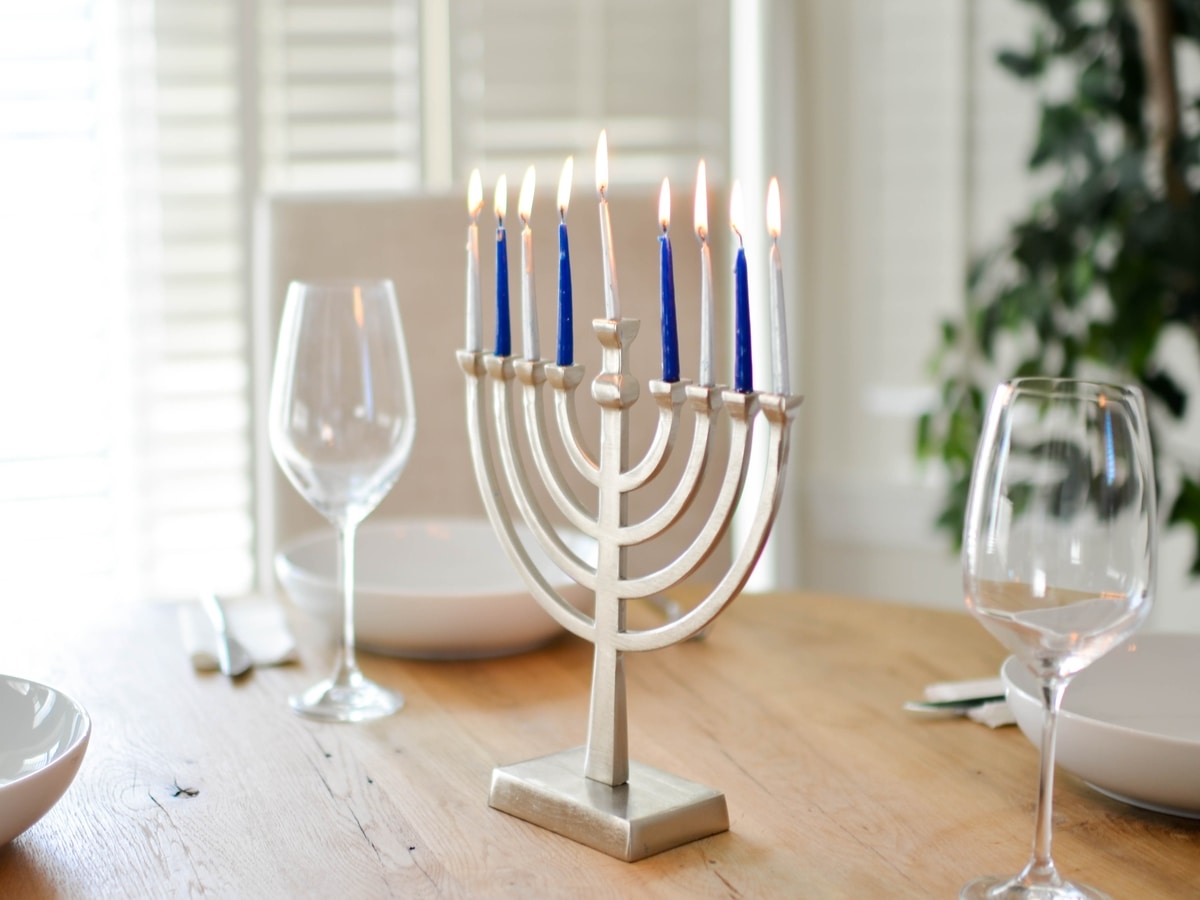 If you live in America, you are acutely aware that December belongs to Christmas, not Hanukkah: grocery stores echo with the sounds of Michael Bublé, ecommerce sites display banners of kids wearing red reindeer outfits, and even influencers in sunny Los Angeles post photos in Santa sweaters. Those preparing for the ho-ho-holiday are clearly in the majority. According to the Pew Research Center, 70.6% of Americans identify as Christian, while only 1.9% identify as Jewish. Still, ignoring Hanukkah means ignoring an opportunity to reach and retain customers.

Although Hanukkah is a minor Jewish holiday, it is a celebratory one, commemorating the Macabees’ revolt against the brutal King Antiochus and the rededication of the Holy Temple in Jerusalem after it was vandalized. More and more brands and influencers are taking steps to acknowledge Hanukkah, and this year we think it’s even more important to do so. In October, in the deadliest attack on the Jewish community in the United States, 11 people were killed and seven were injured while praying at a Pittsburgh synagogue. Hate speech, harassment, and hate crimes targeting Jewish Americans have been on the rise—in 2017, anti-Semitic incidents rose nearly 60%.

But you don’t need to make overt political statements in order to let customers know that you stand against divisiveness and hate. After all, it’s the holiday season: Whether you celebrate Hanukkah or Christmas, what matters most is goodwill, love, and light.

So here are three easy ways you can say “Chag Sameach!” (that’s “happy holiday!”) before Hanukkah ends on Monday the 10th.

Bottom line: Recognizing Hanukkah and other non-majority holidays (like Kwanzaa and Single’s Day)—in a respectful and culturally sensitive way—shows customers that you’re in tune with the times, and open for business… for everyone.