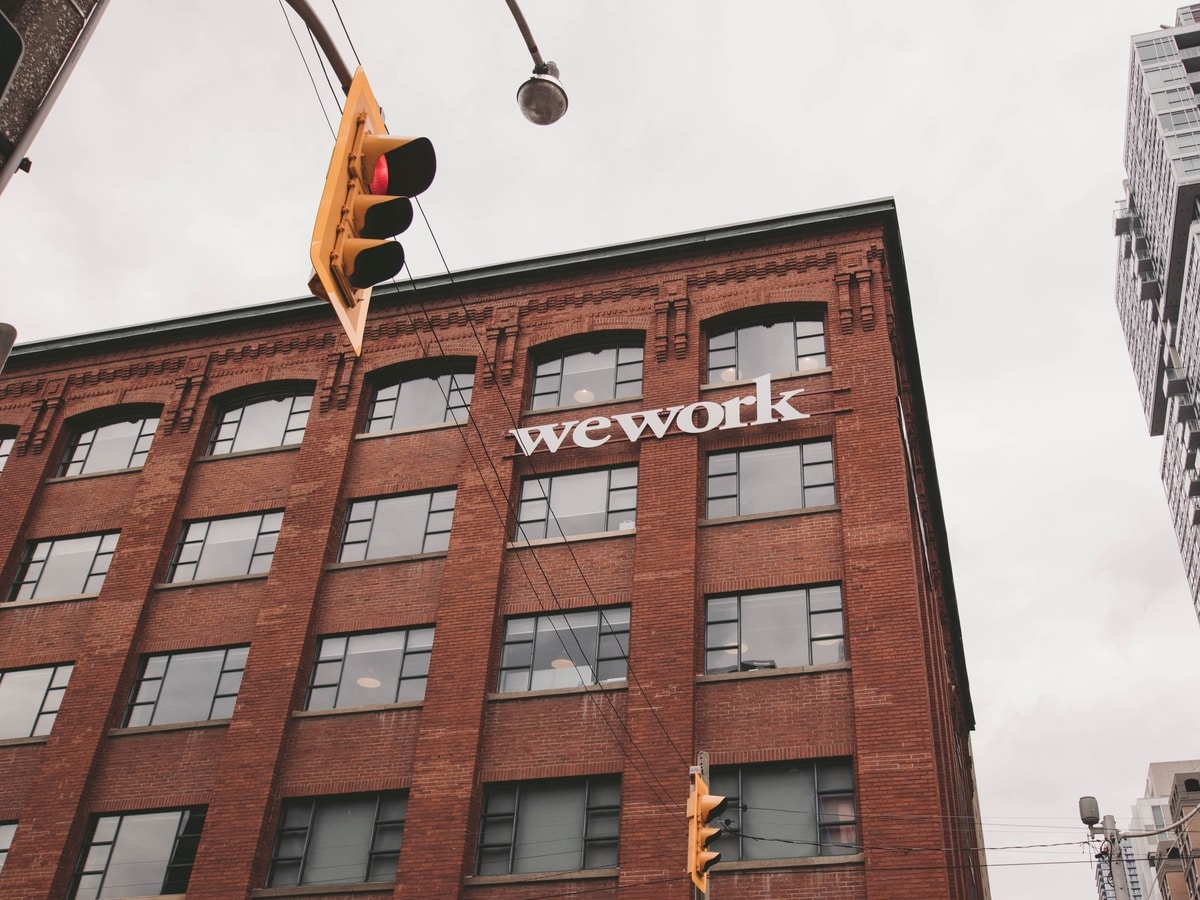 This month, our team book club read Reeves Wiedeman's Billion Dollar Loser: The Epic Rise and Spectacular Fall of Adam Neumann and WeWork. When we gathered on Zoom to discuss the book, we were joined by a former WeWork employee—who asked to remain anonymous here—and the conversation got so interesting, we decided to share it with you.

Reminder: One more day to help The Humane Society! We’re donating $5 for every new subscriber we get, now through Dec. 10. Forward this email or share a link to our signup page: partandsum.com/newsletter

On WeWork’s vision of turning co-working spaces into WeWorld, and the marketing strategy of infusing straightforward products with bigger meaning:

EF: It's totally valid to have a community around something as innocuous as, say, deodorant. If you have a sustainable deodorant with refills, to have a community of people swapping tips about reducing their environmental impact—it's valid to foster that. But the deodorant company is still saying “We’re a deodorant company.” They're not saying “We’re building a new world!” without doing anything to make it happen. WeWork had big innovation projects, but they never got there. Was it all a charade? Could it ever have been more than a co-working space?

CB: From a branding perspective, community was the story they had to tell. People don't just buy functions, they buy a story. You need to create a connection with your customers to sell. If you're just saying, “I'm an office space with WiFi,” people are gonna be like, “Whatever.” WeWork’s problem was that they weren't delivering on their story. If they had pulled it off, it would have been fantastic.

EH: They were also chasing justification for their valuation, because it didn't make sense unless they were a tech platform. They were positioning themselves to investors, and the market, as this thing that they were not.

WD: I think about this all the time. You see brands saying “We’re building community,” “We’re sustainable,” “We buy cage free eggs,” all that stuff. What does it mean? You can tell people what they want to hear, create a story in their heads. Then I realize there are six different levels of what “cage free” actually means. You see these examples over and over again: false promises. How can I believe a branding message without doing research to find out what your terminology really means, and if your practices line up with the message?

Former WeWorker: I hear your point about the due diligence that we have to do as consumers, but I think the real lesson from WeWork here is, don't be a dick. Don’t be greedy. Believe what you say. That's what I found so frustrating. You could take that market power and make a meaningful impact, but they fumbled. No company is going to try to be a leader on not eating meat now, because of WeWork. I think about B Corps, too. The B Corp movement has frameworks for being ethical and building a sustainable company. WeWork never tapped those existing frameworks and thought leadership. They were just like, “We have our own ideas, we’re gonna do it our way, it really is about us.”

Former WeWorker: The grand irony of WeWork, at the time I got there, was there was nowhere to sit. They were doing all these tests about not having seats, doing a lot of hoteling. Because nobody had an assigned desk, everyone got really competitive about it. I joked that it was like working at Heathrow. Every morning, people would jockey to get their spot and put their stuff out. That felt very hostile. It was like musical chairs, except the music stopped and you had to find your office.

EF: One of the notes in the book was that they discovered people weren’t at their desks because they were in meetings all the time. So the no desk situation, it wasn’t just a lot of hiring, it was intentional?

Former WeWorker: Correct. Something that doesn’t come through in the book is that there were brilliant people working there, doing really interesting things related to design and innovation. There were pockets of people studying how humans relate to each other, and how they sit. They were running little design thinking sprints inside the company. That stuff was really, really interesting. But when you come in, you need to have a place to sit to be effective and feel safe. I think that’s one of the other themes of working at WeWork, and of the book: Emotional safety. Can you do your best work if you feel threatened?

On growth at all costs:

AD: I think the moment WeWork went wrong was when Softbank’s Masa Son wrote a check in the back of the car, because it wasn't just the money—he was pushing Adam to grow, grow, grow, and that fueled the megalomania. But, having worked for a startup, you do need a little megalomania in order to succeed. What’s the tipping point where that gets toxic?

JG: Do you think the tipping point is just… when it doesn't work? Steve Jobs was a megalomaniac, but the fact that he made money—well, in the beginning, and then he came back with the iPhone.

AD: You’re right. Adam had people pushing him, feeding his ego. Then, when everything started hitting the fan, they backed away and said they thought he was crazy the whole time. If it pans out, you’ll keep your support. That’s the difference between being a visionary genius like Steve Jobs, and being Adam Neumann.

Former WeWorker: I'm curious what you think about blitzscaling in general. Because of the way these ginormous companies have grown, there's incentive to only compete at hyper-scale. You're throwing money at really big bets with a very low chance that any of them will hit.

JG: Blitzscaling is a tactic you should use for a certain amount of time. The end goal needs to be a profitable company. A lot of people get lost in the blitzscaling. They're trying to go for a valuation, so they’re not making anything sustainable. They just want to get to market as fast as possible and sell to somebody.

WD: How do you define better? Just more convenient?

AD: Well, my family has been in optics my entire life. I think Warby Parker, even though it kind of destroys the businesses that my family has made, it's fundamentally a good thing. Any industry where you have a stagnant way of thinking needs to be shaken up to be better for the consumer.

EF: If you think about Uber and taxi drivers, the medallion system was there. Should it be disrupted? Probably, but there needs to be more humanity. Tying it back to WeWork, there’s no humanity in some of these companies. So the way it’s approached, shaking things up with no consideration for lives and livelihoods, I think is a big concern.

JG: And is it disruptive because the technology is better, or because they have $1 billion in funding that lets them charge prices they could never offer otherwise? When Uber came to New York, they were doing $4 rides. They could do it, so people got decimated.

AK: Yes, but it’s a better service. Have you ever been in a taxi in Australia? It's like taking your life into your own hands. Having a product where they focused on user experience, they focused on using reviews, it holds both parties accountable. That's a net benefit to the industry.

On capital and consumer choice:

AD: Everybody wants to fund that person, too.

EH: There’s all this easy money flowing around. There’s an inherent imbalance: Do we need so many meal subscription services? The market chooses based on what consumers choose, right? But the overwhelming number of choices is part of the system.

AD: In some cases, venture capital almost negates the need for consumer choice. You can exist as a company with barely any customers, at least for a while, because you’re being fed money in order to continue existing.

WD: When you’re creating something truly disruptive, that’s an amorphous space. It’s a race to get market share, because then you can define that space and make it hard for anyone to compete with you. That’s what Facebook did. It’s survival of the fittest, until one rises up and becomes a barrier for everybody else to get into that industry. The cycle keeps happening, because every time it crashes, people say they’ll figure out a new way to do it. Again.